Posted on December 23, 2014
By Arthur Hanks • Comments Off on Alberta Bound

Starting up an industrial hemp enterprise takes more than a good idea, enthusiasm or a bunch of capital.

It’s not easy. New hemp businesses have to deal with extra regulations, underdeveloped markets, old or unproven technologies, competition from existing industries, risk adverse investors as well as prosaic business failures in administration, marketing and production. And it’s agriculture, a sector where uncertainty is more certain than fresh rain.

As America finally gets attuned to the potentials and realities of hemp, with this year’s groundbreaking collection of research and commercial plots in Kentucky, Colorado and Vermont, and with more to come in the next few years, would-be hemp entrepreneurs it would be worth their while to study what has come before them.

Europe of course has had its successes and failures, and certainly China has its large hemp industry. However, both Europe and China have very different regulatory, financial, cultural and environmental contexts and adapting those models to America will be harder than it may seem.

And then there’s Canada. Growing commercial hemp since 1998, the True North is in a sense a testing ground, a living lab, for all sorts of ventures that will have direct and very adaptable relevance to the reborn American hemp industry.

It has not been easy; the unpaved Canadian roadside is littered with regrettable failures. Fiber processing remains underdeveloped, but that could be changing. Three fiber start up in western Canada, Alberta, are worthy of attention.

One new plant has a goal of producing lignocellulosic ethanol from industrial hemp fiber. A lot of hands are involved in this pilot plant. AB Agratech, owned by a California named Discovery Minerals, has formed a joint venture agreement with Edmonton’s Syngar Technologies. Syngar has developed a novel fermentation system called PLUS Wave.

The PLUS Wave Technology involves the use of ultrasound waves in specific patterns to increase the amount of sugars derived from cellulose and thereby boost ethanol yields. Syngar has further partnered with South Africa’s ANW who have a developed a new fiber preprocessing system called Oxy-Hydro Fragmentation, which reportedly breaks down cellulose into a slurry, which helps break down the lignin, making it easier to ferment into a fuel.

These modern technologies would boost output and lower the logistical costs of working with large volumes of fiber — fiber logistics is something that is not always appreciated.

AB Agratech chose hemp because of numerous attractive cultivation features as well as because it is a renewable biomass champion. The company would also produce sugar and alcohol based co-products.

Another fiber plant has been proposed by an outfit named Stemia. Headed by Mike Duckett, who has background with UK’s Lime Technology and Hemp Technology Inc (formerly Hemcore), this new plant seems more traditional, and would decorticate both hemp and flax.

Stemia’s processed fiber would feed into the growing hemp building sector (hempcrete), as well as supply fibers for industries as paper and automotives. Stemia was hoping to groundbreak on a $30 million dollar plant in 2014. Chin, a hamlet near Lethbridge, Alberta, which is in the southern part of the province, was the putative location, but the plant has yet to manifest.

A third venture is the BioComposites Group, a spin off from Edmonton-based Tekle Technical Group, which has started up in Drayton Valley, a town of 7,000 southwest of Edmonton. The plant itself finished construction over 2013-2014 and despite some delays was scheduled to begin production this year. The plant itself is part of the “Bio Mile,” a developing cluster of industries based on renewables, created in response to the closure of Drayton Valleys OSB plant. For its part, the BioComposites Group would use hemp, flax, and locally available wood fiber to make light weight mats. These mats are a substitute for fiberglass mats, and are used in auto parts and construction materials and would be the first plant in Canada to make engineered biocomposite fiber mats. The plant would also make biocomposite panels, insulation, and fiber based cement. 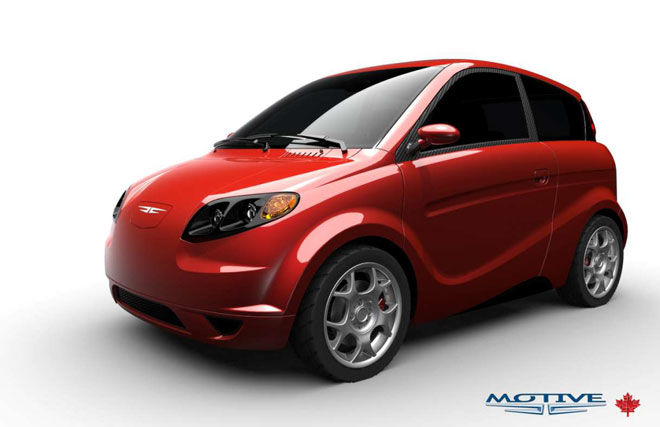 I should also write something about Motive Industries, a Calgary-based design firm that has developed the Kestrel, a three door compact, hemp content electric car. First announced four years ago, the Kestrel’s body is made from Alberta-produced hemp biocomposite panels, and run fully on electric power. Based on the prototype, a 16 kWh battery will allow the Kestrel to go up to 100 miles (160 km) per charge, with a top speed between 56-81 mph (90-130 km/hr). Fast, lightweight, and durable, the car was projected to be retailed for $25,000 which is mid-range affordable. Motive is not a manufacturer though and the car has yet to enter commercial production.

Expansion into Alberta is noteworthy as that province has seen large gains in hemp growing over the past five years, joining Saskatchewan and Manitoba as Canada’s top hemp growing provinces. In broad terms, Western Canada and the Canadian Prairie have the climate, land base and agricultural infrastructure that makes growing hemp a good fit.

Hemp contractors have diversified into Alberta as a form of risk insurance. Widespread irrigation across the province has seen hemp seed (grain) yields climb, yielding over 2,000 lbs an acre in many cases. Supportive government agencies, such as the Alberta Biomaterials Development Centre and Alberta Innovates/Tech Futures have also played very strong roles in creating relationships, facilitating partnerships and attracting projects as well as some R&D heavy lifting. This is made possible because Alberta is filthy rich due to its controversial tar sands developments and it is gratifying that some of those monies seem to be finding their way into projects that are more sustainable.

We’ll write more about these developments and the technologies that support them in upcoming future columns.