“Legalizing the farming of industrial hemp just makes good sense,” Rauner said. “Roughly 38 states — including our neighbors in Wisconsin, Kentucky, Indiana, Missouri and Tennessee — have allowed or are considering allowing cultivation of this crop for commercial, research or pilot programs. Our farmers should have this option as well. This new state licensure program begins that process.”

“We are excited that Gov. Rauner is signing into law a bill that will bring a new sustainable agriculture industry and millions of dollars in investment and economic growth to Illinois,” added Jen Walling, executive director of the Illinois Environmental Council. “Industrial hemp will bring new opportunities to Illinois farmers. We are very grateful to the elected officials and advocates that worked so long to pass the right bill for Illinois.”

“Today, hemp products are sold on store shelves throughout Illinois, but our farmers are not able to grow hemp in their fields,” said Lt. Gov. Evelyn Sanguinetti, who chairs the Governor’s Rural Affairs Council and attended today’s bill signing at the State Fair in Du Quoin. “Our farmers lead the nation in corn and soybean production. In signing this bill, Gov. Rauner is providing our framers another crop for their fields and another opportunity to compete nationally.”

“Gov. Rauner knows the importance of agriculture to the Illinois economy, and I truly appreciate his approval of this legislation,” said Rep. Tim Butler, R-Springfield, chief sponsor of SB 2298 in the House. “The production of industrial hemp has broad support among our farmers and rural families, as they know this will add another potentially significant crop that can be grown in our state. In the early 20th century, Illinois was a national leader in hemp production, and I look forward to us returning to that position.”

HB 5749 allows haulers to seek and obtain annual permits from the Illinois Department of Transportation and local authorities to exceed gross axle and gross vehicle weight limits by no more than 10 percent. Permits are to cost $500 with a total combined permit fee of no more than $1,000. State permit fees will go to the State Construction Account Fund.

“Neighboring states allow higher weight limits during harvest time without the requirement of having a harvest emergency declared,” Rauner said. “Illinois has an agriculture workforce that is second to none, and this legislation will help them to more efficiently get their crops to market.”

“This legislation was the direct result of feedback from the agricultural and trucking communities in my district who voiced their growing frustration about the restrictions placed on axle weights. Under current limitations, our in-state businesses were being unnecessarily restricted and unable to compete with our neighboring states,” said Sen. Dale Fowler, R-Harrisburg. “I’m proud to have been the chief sponsor of this legislation in the Senate, taking significant steps toward ensuring Illinois’ in-state businesses are competitive and consistent with the regulations governing businesses in surrounding states.”

“Local grain elevators will receive more business and farmers won’t have to worry about losing their crops due to the unreasonable hauling limits that were in place before,” said Rep. Phelps Finnie, D-Elizabethtown, chief sponsor of the bill in the House. “This initiative was brought to me by farmers who were facing steep fines just for doing their jobs, and grain elevator operators who were losing business to our neighboring states that were less restrictive. This law will even the playing field so Illinois farmers can do their work to feed America with less government intrusion.”

“Harvest time for farmers is difficult work with long hours, especially when they are hauling their yields to storage sites,” added Sen. Neil Anderson, R-Andalusia, who co-sponsored the bill. “Allowing the haul weight to increase during harvest season will not only make things easier for our farmers, but it allows Illinois to compete equally with other states that have higher weight limits on their roadways. Agriculture is the backbone and the No. 1 economic driver of Illinois’ economy. This added tool can help our farmers be even more productive, which in turn helps the entire state.” 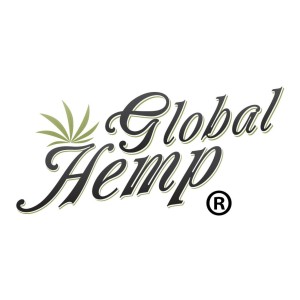